This year, 2015, marks the 13th season of our long-term nest monitoring project on the North Slope, and it started out hot and fast. Due to unusually warm weather in late May, snow had all but melted upon our arrival in Prudhoe Bay, and many birds were already incubating nests.

Working within the oilfields has given WCS an opportunity to monitor large areas of tundra at the unique intersection of wildlife and industry. Photo Zak Pohlen

Through a series of rope-dragging and behavioral observations, our two-person crew captured the ephemeral breeding season of the many shorebird, waterfowl, and passerine species that breed on the North Slope. Each year crews thoroughly cover a total of 120 hectares of tundra to assess initiation dates and success of tundra nesting birds.

Here, Callie Gesmundo is dragging a rope to flush birds off of their nets. This proved to be the best method for finding many species that are reluctant to flush until an observer, or rope, is nearly on top of them. Unfortunately, dragging a 50m long rope over tussocks, polygon rims, and willow shrub is both a physically and mentally demanding exercise!

Clear sunny days and record high temperatures defined the first half of the season. Nearly all of our nest searching occurred in June, and almost 50% of the nests hatched in June as well. July followed with much cooler temperatures and we spent the majority of our time determining nest fate. This year, within our long-term study plots, we found a total of 123 nests of 13 different species. Pectoral Sandpipers were the most abundant nests found, followed closely by Lapland Longspurs and Semipalmated Sandpipers.

Determining the fate of each nest is an important aspect of the project, and often much harder than simply finding the chicks in the nest bowl! Nest visits after the chicks have left the bowl are an unfortunate occurrence, and other means must be used to determine the fate of the nest. Eggshell tops and bottoms nearby or small eggshell fragments within the bowl are good indicators of a successful nest. 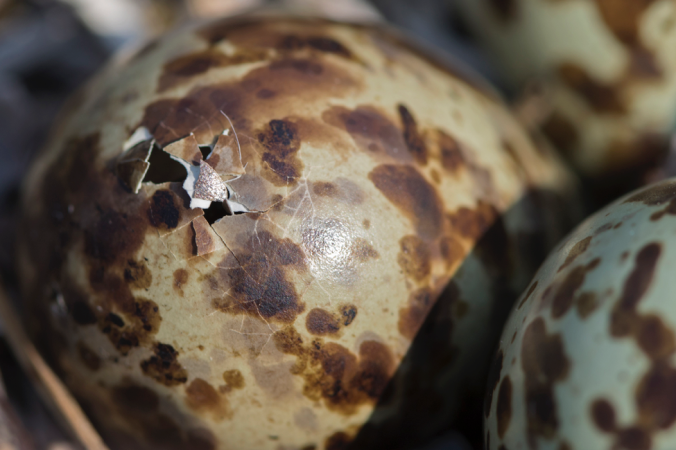 With this season in the books, we look forward to the insights gained from another year of this long-term study. 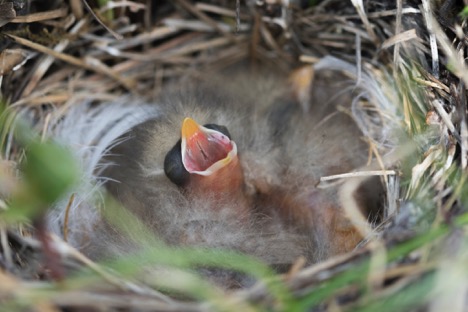 Lapland Longspurs are the only passerine that we found nesting on plot, and the only species with altricial young. The constant feeding from both parents is often an easy way to find their nests after the eggs have hatched. Photo Zak Pohlen